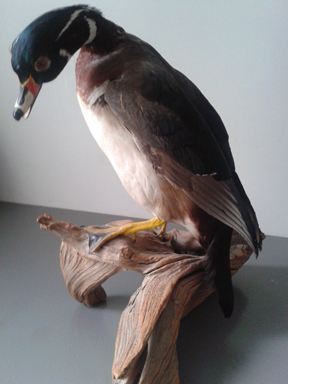 u’s practice brings together popular culture, sex, death, and technology. Playing off fleeting internet obsessions and subcultures, she intertwines humour and the macabre and makes feminism sexy. Her work has been exhibited across Canada and internationally, including Hallwalls Institute of Contemporary Art, Buffalo, The Wrong – New Digital Art Biennale, Canadian Cultural Centre, Paris, Agnes Etherington Art Centre, Kingston, The New Gallery, Calgary, Latitude 53, Edmonton, Mercer Union, Toronto, and La Centrale, Montreal. Her videos have been screened in numerous venues and festivals including Short Film Festival Sueños Cortos, Buenos Aires, and Festival Polyphonix, Bologna, Italy. Her work was featured as GIF of the Day on Art F City in 2014. She currently has two public artworks on view in Kingston – a series of billboards for the City of Kingston’s Paved Paradise series, that will be on display until November 2020, and a series of vinyl flags at 108 Charles Street as part of the Next Door outdoor exhibition. She has an upcoming solo show at the Agnes Etherington Art Centre opening on August 22.

Chantal Rousseau has been involved in multiple artist collectives. She was a member of Agitated Plover Salon, a group of six Kingston-based artists, who exhibited from 2013 to 2014. She was also a member of Toronto-based Personal Volare, 11 artists who showed together from 2000 to 2009. She is a graduate of the University of Guelph (MFA), and Emily Carr Institute of Art and Design (BFA). She currently resides in Kingston, Ontario.