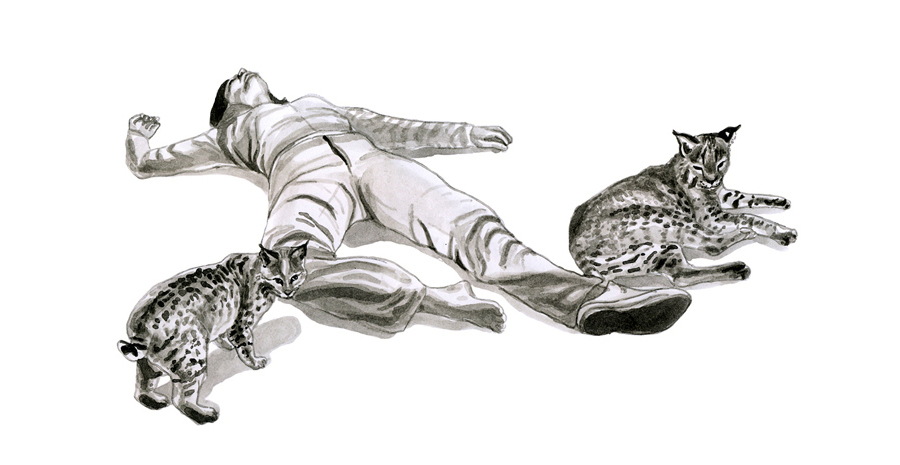 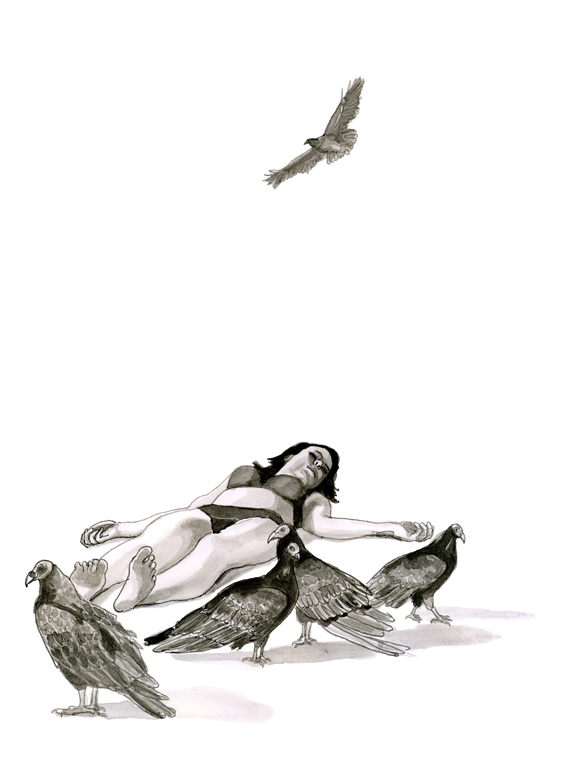 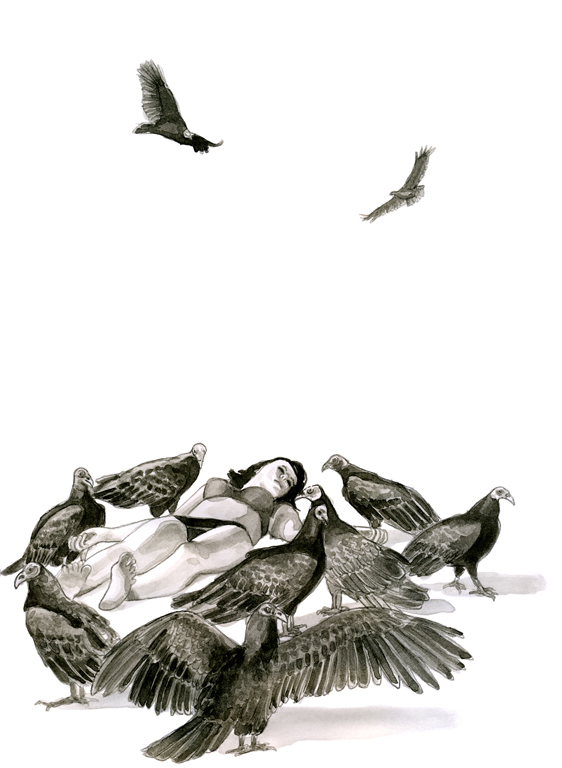 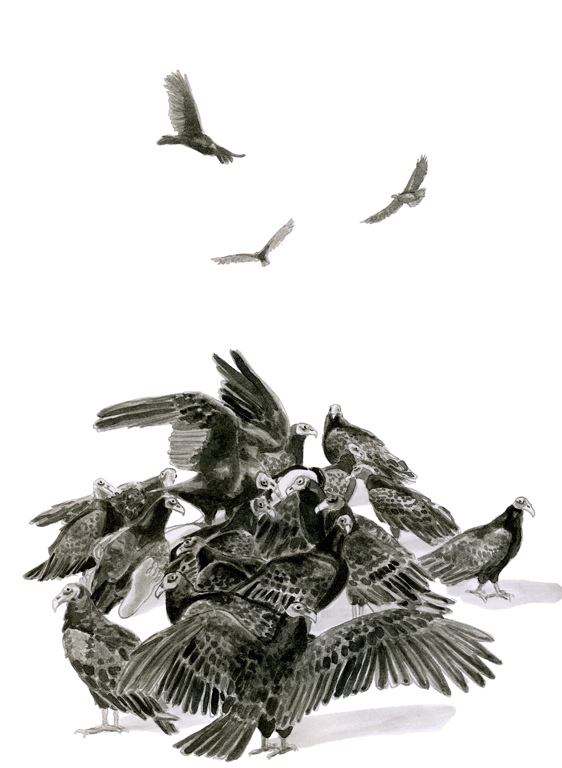 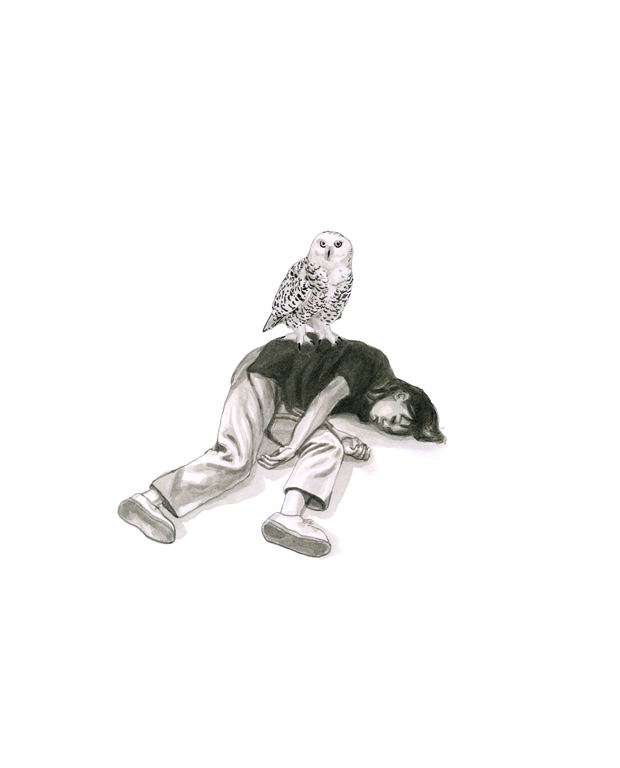 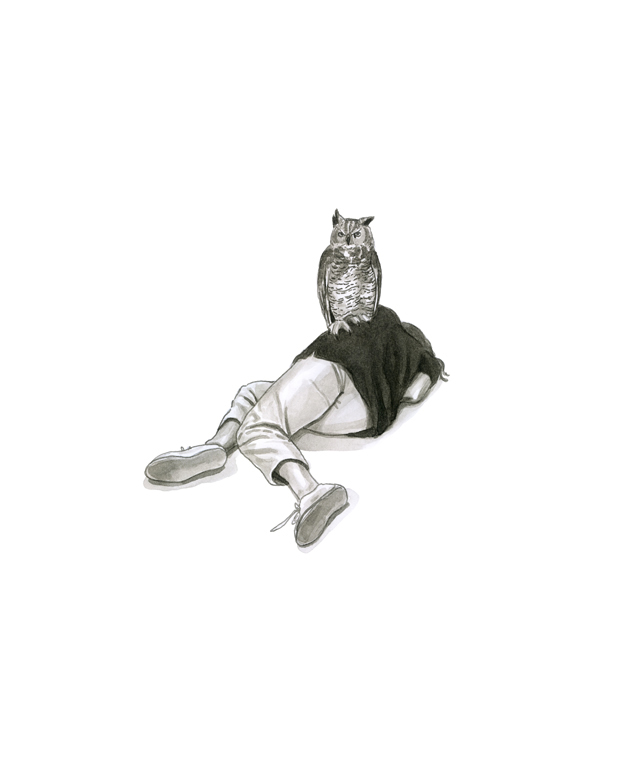 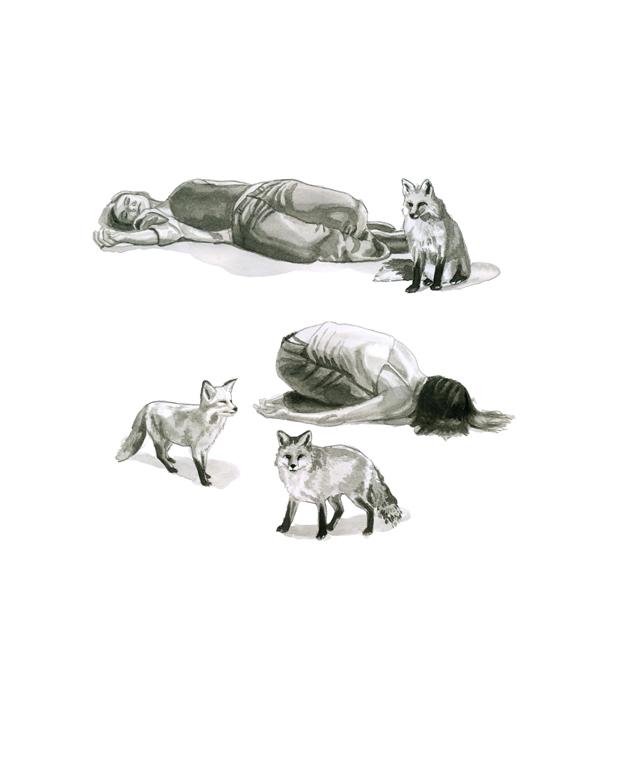 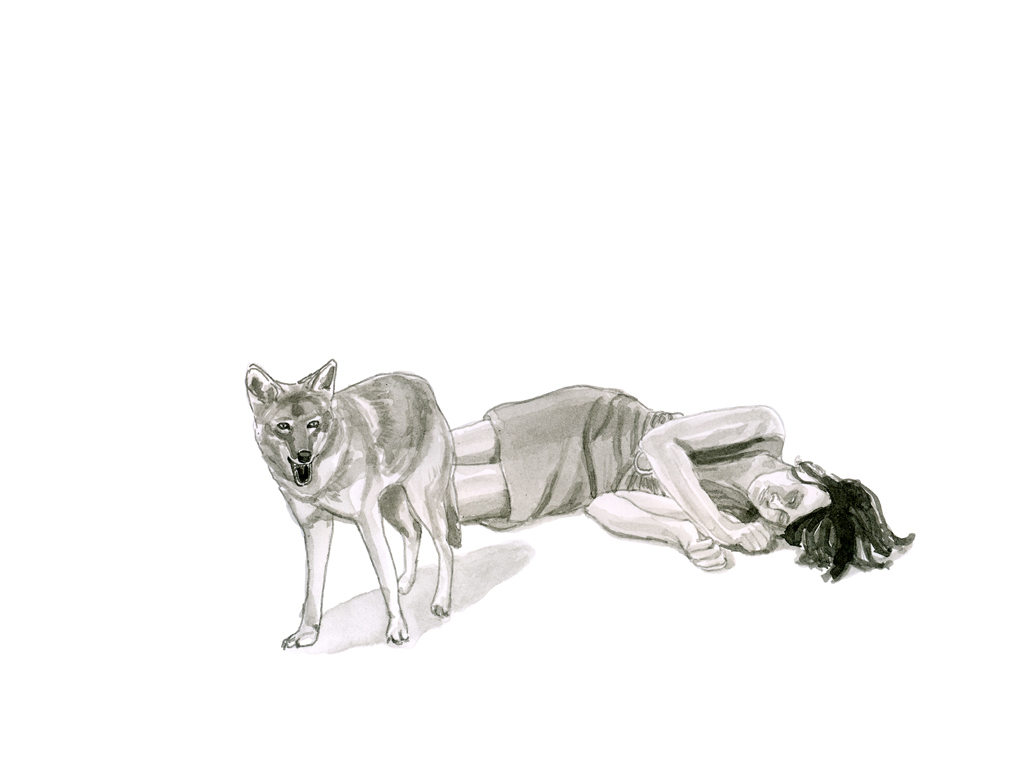 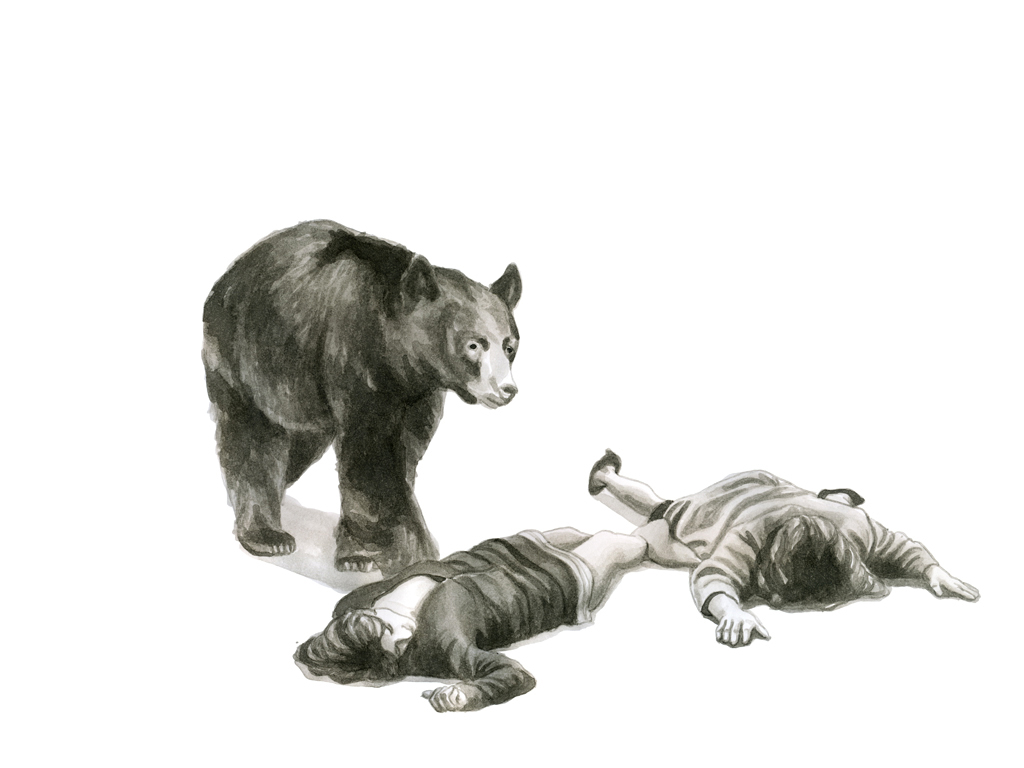 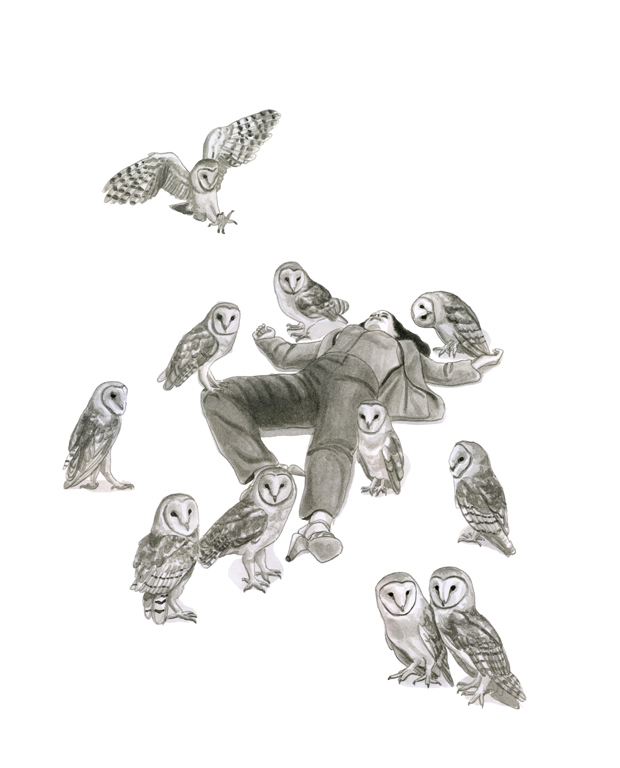 In the series And now let us weep for the lovely lovely ladies of CSI, bodies of fictional female victims from the television shows CSI Vegas, CSI Miami, and CSI New York are depicted with a diverse range of predatory animals. Acting indeterminately as watchful, playful, or malevolent, the animals take on a totemic role. A gentle and humorous memorial to the victims of a widely popular television show, this series hints at a cultural obsession with beautiful and sexy violence.